Visual art is not my forte, but occasionally I get the itch to create some. This year the itch coincides with Inktober and Drawlloween.

The aim of both challenges is to make a spooky artwork on every single day of October. I’m using a set of Drawlloween prompts compiled by Mab Graves: 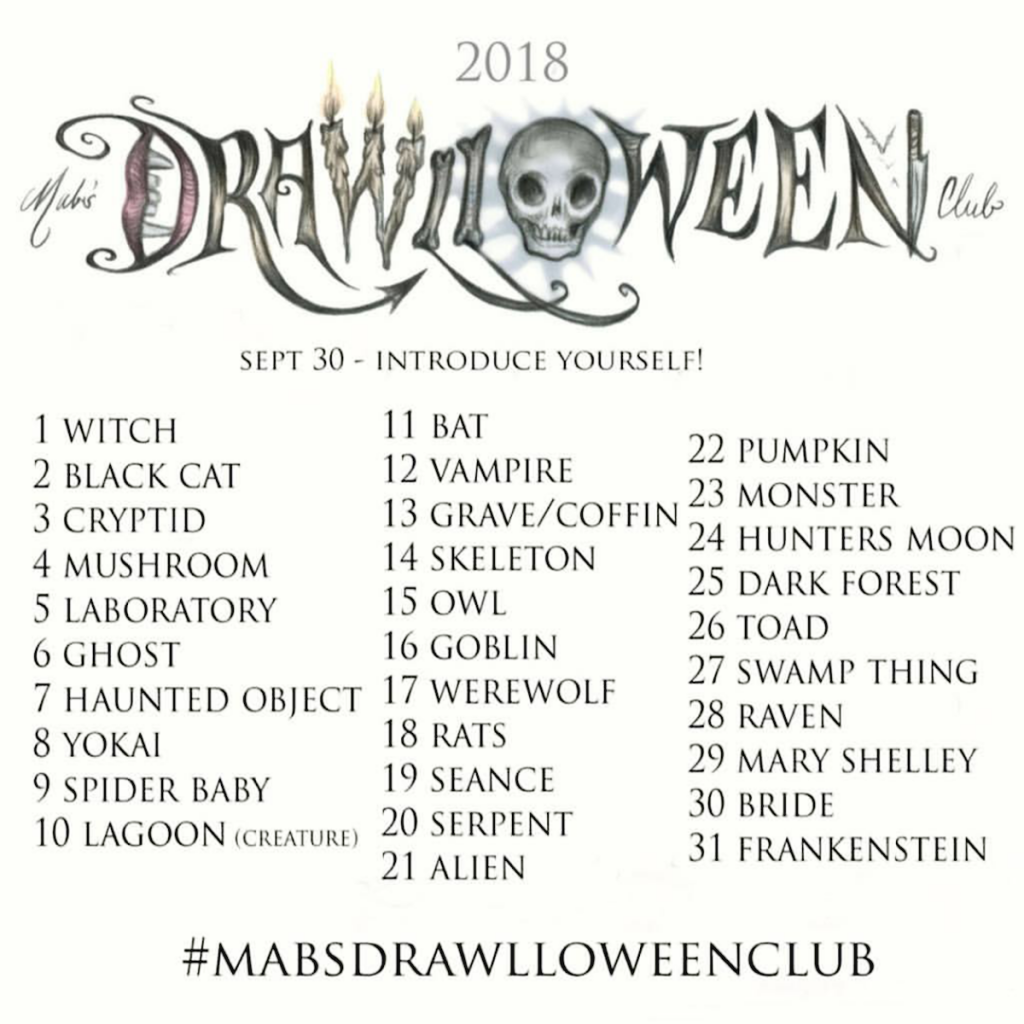 For my purposes, “draw” will be defined loosely. I rolled the first two days into one digital collage: 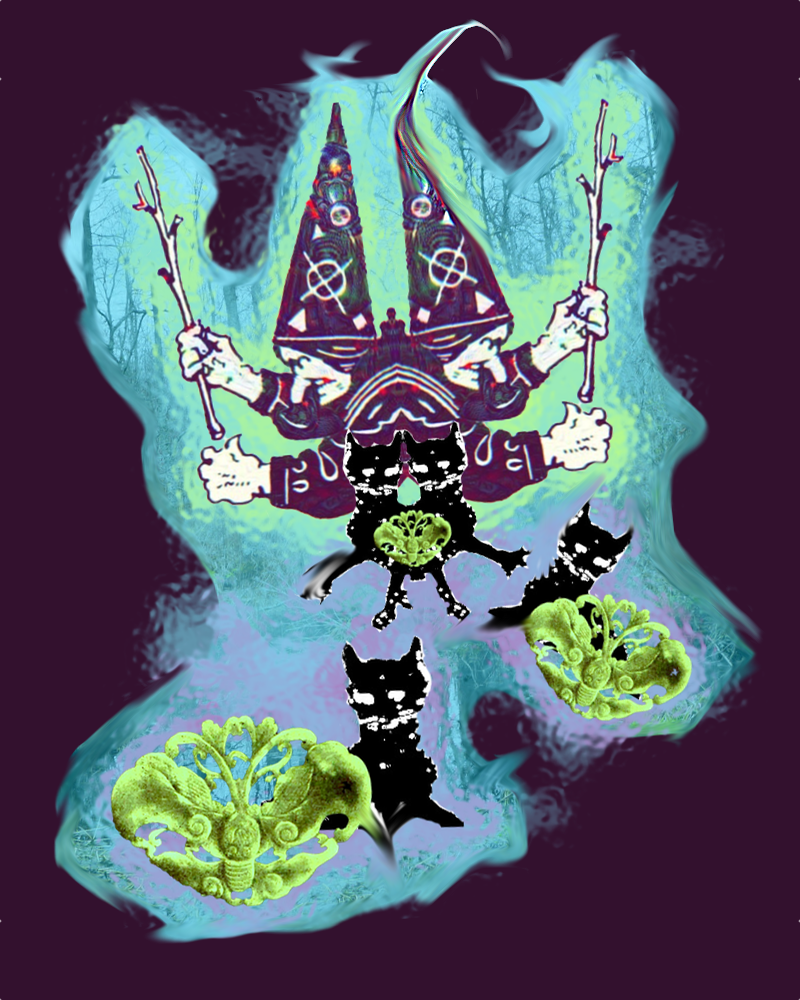 I’m not thrilled with the look of the finished piece, but that’s okay. My goal with Drawlloween is to get the juices flowing and have fun. I don’t need to achieve aesthetic perfection!

When I can’t think of anything to write about, I surf Flickr’s Creative Commons sections for cool art. (Keyword “illustration” or “collage”, sorted by latest upload.) Here’s what I found this time:

Computers, in the hands of talented and/or interesting humans, make gorgeous things, no? People also prove creative with little bits of paper snipped out of magazines…

The spider is especially sinister. Somehow the whole collage reminds me of the recent Gawker debacle — probably because I’m primed to think about it. (That’s what happens when you follow a bunch of reporters on Twitter.) It’s something about the Uncle Sam “I want you” vibe, pointed finger and all, and the figure’s vague resemblance to Nick Denton.

Splatters of aquamarine paint over crossword puzzle squares — I’m reminded of a dreamscape. Note the little cat in the bottom-left corner. Such an inquisitive orange creature! She evokes a stanza from “The cat’s song” by Marge Piercy:

“Love speaks me entire, a word

of fur. I will teach you to be still as an egg
and to slip like the ghost of wind through the grass.”

Pretty, no? I wish my father and I weren’t allergic to cats. I love Polera, the puckish black cat who lives at Alex’s apartment:

Polera 💞 her friend, Flippy Wiggler, who is a shoelace. 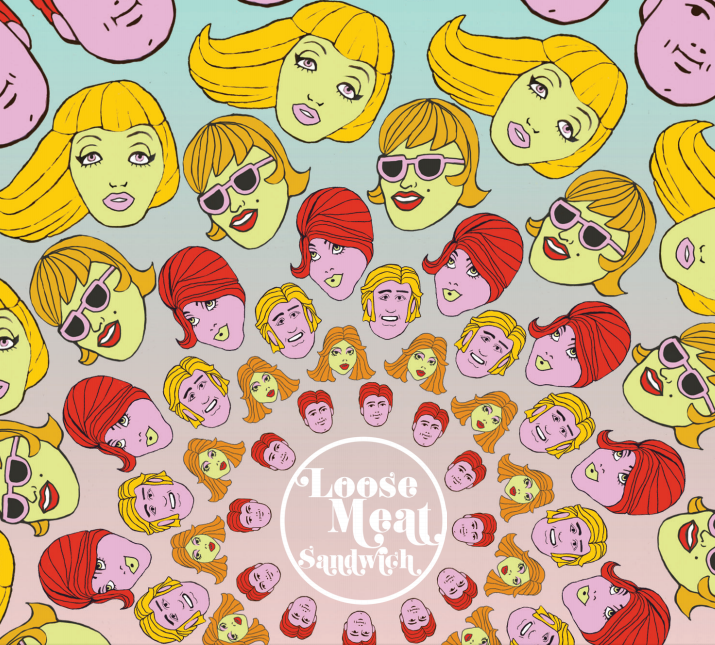 Loose Meat Sandwich is a quarterly zine produced by Teflon Beast, an art/music collective based in Austin, Texas. They sent me a PDF of the first issue to evaluate.

I pretty much agree with Teflon Beast’s self-description of the publication, in which they invite readers to “feast your eyes on colorful faces and read the humorous rants of an iPhone madman.” I especially enjoyed the latter experiment, a nonsensical poem “generated using iPhone’s auto-correct on email.” This method is the “tech-savvy cut/paste method for today.” Sample lines:

Weird, huh? The illustrations were also very pleasing: bright fruity colors and psychedelia. I would recommend Loose Meat Sandwich to pop-art fans and noise-pop enthusiasts. (Tbh, I skipped most of the music-related stuff. Not my scene.)

You can read Loose Meat Sandwich #1 on Issuu or buy a paper copy for $5. And/or download the accompanying mixtape for $3 (same link).

Roughly a week ago, I went over to my friend Kelsey’s place to catch up. We sat on the floor playing with magazine scraps and making fun of her cat, who also wanted to play with magazine scraps. It was a good time. Below are the collages that I made…

“Moving and we abandon the virtue. Build it. Enough.” I chose the caption using intuition rather than having an idea of what I wanted to say beforehand. Meaning: I chose the words randomly.

Collage is my favorite method of visual expression for the soothing opportunity to make simple choice after simple choice. I don’t think about it much, but I keep on juxtaposing the images that I like. What results is meaningful to me in a mysterious way.

Reducing the image file of a magazine scan can lead to the printed texture being over-emphasized.

Britney Spears is virtually immortal! And modern! Like popsicles! Or, um, something about desserts and female sexuality, commodification of sensuality in general… IT’S ART, I SWEAR. C’est un artiste. I don’t speak French.