Hello friends! It’s Sonya again. Last time I sent a newsletter, I reminded you who I am, but I’m not gonna do that anymore. It’s probably sunk in by now.

Anyway, this is gonna be quick and dirty:

1) I published a zine called Instructions Unclear, about rituals and their place in human life. 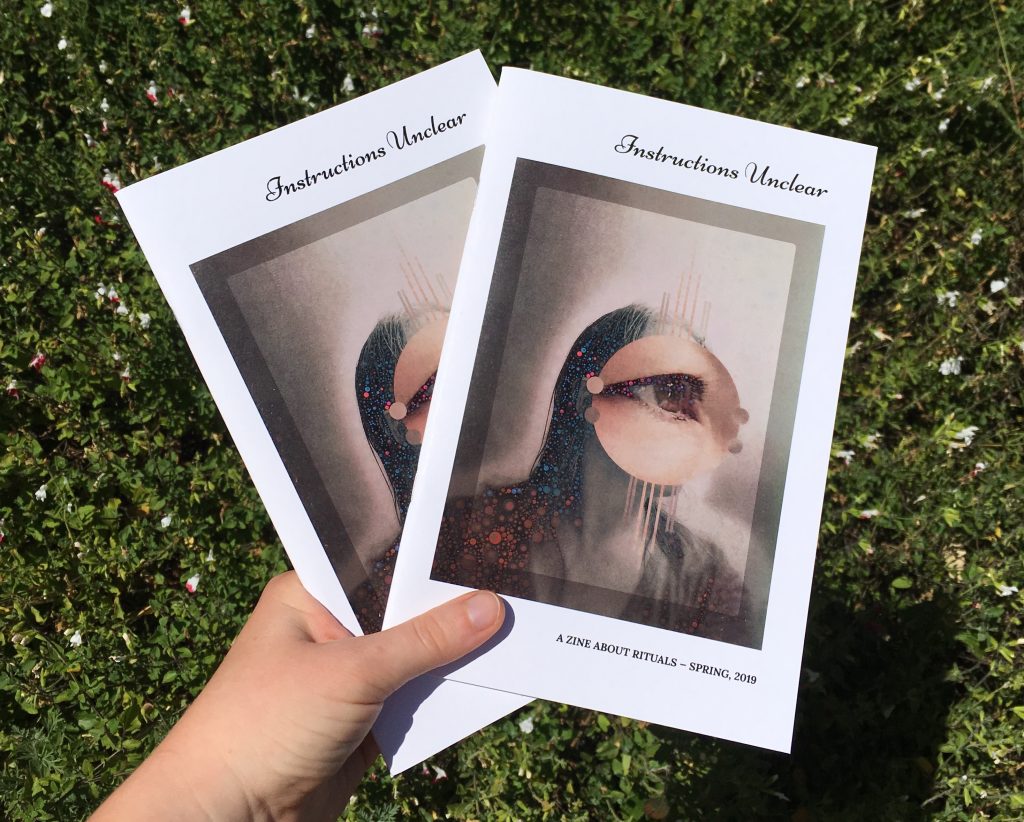 The zine costs $5 — free shipping in the United States and $2.50 everywhere else. Each physical copy comes with a high-resolution PDF.

Along with debit and credit cards, you can pay with BTC or ZEC. More details on my website, where you can purchase Instructions Unclear.

2) I released a handful of free-culture #YangGang designs. If you don’t know who presidential hopeful Andrew Yang is, or if you’re unfamiliar with the memes dedicated to his candidacy, then you probably won’t get the jokes. But just in case… 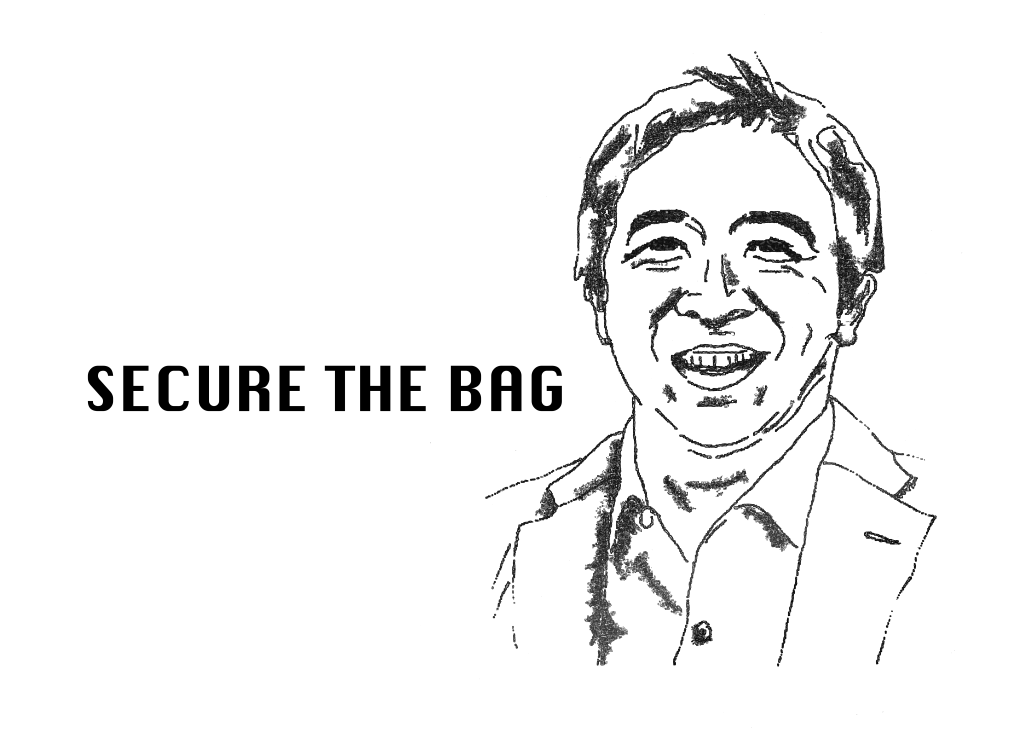 My friend @AbsurdNihilism made the #YangGang designs available as T-shirts. I can’t wait to receive mine, if only to broadcast more thoroughly that I am a dork who spends too much time online.

Bonus: I posted the notes from my Business of Blockchain talk, which was about privacy, cryptocurrency adoption, and how each affects the other. I’ll turn the talk into a Zcash Foundation blog post at some point.

That’s all for now! Catch you on the flip side.

Astoundingly, I haven’t sent a newsletter since August, 2018. In case you’ve forgotten who I am:

Currently I run communications at the Zcash Foundation.

Anyway, since August, I’ve published one essay: “The Internet Won’t Kill Gun Control By Itself” for Palladium, an online magazine devoted to “governance futurism.”

The essay analyzes cypherpunk Second Amendment advocacy. I tried not to moralize in either direction, instead focusing on the movement’s strategic choices.

Some technology can be seen as a means of self-liberation, insurance against coercion. The cypherpunks regard encryption as such. Guns are similar.

True believers’ faith in the primacy of the Second Amendment is evident throughout American history. Despite the wide broadcasting of each new mass shooting and growing sentiment for serious gun regulations, frontier activists have opened a new, orthogonal battlefront. The use of the internet, coupled with CNC milling machines, is intended to route around rhetorical and ideological battles in the public sphere.

The cypherpunk attitude that the technology of ungovernability can make these rhetorical battles obsolete, itself a descendant of American individualism and cynicism toward centralized power, is neatly applicable to the domain of firearms.

In other news, this Saturday I’ll be on the panel “Raising and Resolving Conflict in Online Communities” at InfoCamp 2019 in Berkeley, CA.

Then in early May, I’ll be giving a talk of some kind at MIT’s Business of Blockchain conference in Boston, MA.

Also since August, I’ve blogged about…

If you feel inclined, reply to this email and let me know what you’ve been up to! (I can’t guarantee a timely or lengthy response, but I’ll get back to you at some point.)

Thank you for reading my newsletter 💖

Hello everyone! I just switched from MailChimp to an indie newsletter service called Buttondown. It is my dearest hope that everything goes smoothly and this email doesn’t get lost in your spam folder 😓

Life has been busy busy busy since I last updated you in June. Highlights:

If you want to learn way more about the Zcash Foundation’s doings, click here and here.

Internet idealists talk about how freedom of information opens up opportunity for everyone. You can learn whatever you want, build whatever you want, and communicate whatever you want. For example, instead of needing thousands of dollars to self-publish a physical book and buy ads for it in a magazine, you can make an ebook for free, distribute it however you like, and promote it on social media. Compared to the previous status quo, this is a genuine improvement! The internet idealists are right: Opportunity truly is more broadly available than it used to be.

But what if Amazon bans your ebook? What if Barnes & Noble and Kobo also deem it inappropriate? The unspoken catch of the internet as democratizing force is that if you are weird enough, or aberrant enough, and you either use the wrong keyword or attract the baleful eye of the administrators, you’ll be banished. In that case, it doesn’t matter that there are fewer gatekeepers — the handful of big, flourishing gatekeepers are key, and they have shut you out.

It may be that there is another path. Disenfranchised hackers and crypto-anarchists are building parallel institutions that no one group can own or control, instead of trying to force giant tech platforms to accommodate them. They recognize that any entity that prizes advertising revenue above all else can’t be relied upon for civic neutrality.

I think that’s it! As usual, please reply and let me know what youuu were up to this summer!

However, I have learned from experience that if you send me a long email, I will take forever to respond. It happens because I start feeling bad that I haven’t come up with an equally involved response. Nothing personal! Sorry in advance!

Once again, you are reading The Newsletter Formerly Known as Exolymph! Hopefully you’re all aware of that by now and I can stop using the disclaimer.

It’s appalling, but the last time I sent one of these dispatches was during February. In the meantime I wrote seven installments of an experimental project called Sonya Notes, mostly about epistemology. You can read those posts on my website or on Substack.

The biggest change since February is that I quit journalism! In May I joined the Zcash Foundation as its third employee. My job entails messaging strategy, marketing, PR, and general outreach. We’re a small team, so I tackle whatever needs doing, as long as I can pull it off.

A lovely side effect of not writing articles for work is that my creative drive is slowly refreshing. Stay tuned for a handful of essays in the coming months. Perhaps I’ll make a zine again! I miss zines.

What have you been up to? Any interesting projects?

The label is also not the surface, nor the entity, nor [insert appropriate term].

Here’s another map-territory relationship that I’ve been thinking about: Labels and objects. The function of a label is to set expectations. It tells you how you’re supposed to think about whatever underlying thing it has been applied to.

Often this is banal, as with a drawer labeled “forks.” There is no need to devote mental processing power to the full complexity of each multi-pronged implement.

Personally, I’ve always been a sucker for categorizing myself. Myers-Briggs (I’m a consistent INTJ), the political compass (I wander around the lower middle), etc. I know that aside from the Big Five, these designation systems don’t mean much. But they’re fun! And comforting, because I can feel like I’ve situated myself relative to other people.

Labels become unwieldy when you fluctuate between multiple categories or when you would need a Venn diagram to properly lay out your position. Think of the hyphenated Ethnicity-or-Country-of-Origin-American — manageable, but awkward.

For a while I described myself as a “cynical optimist” (yes, this coincided with my arguing-about-religion phase). It was cheesy, but I was trying to encapsulate the blend of sardonic and sunny that I wanted to project.

Now I have a hard time summing up my political views. Left-libertarian? Neoliberal? Socially liberal, fiscally conservative, but jkjk I’m only fiscally conservative in a selective way? It’s harder now than it used to be, since I’ve learned to be far more uncertain about any given policy choice. (Generally speaking, I believe in markets and competition, but the implementation details are hard to work out.)

I think what religion and politics have in common is that they become part of people’s identity, and people can never have a fruitful argument about something that’s part of their identity [because disagreement feels like a personal attack]. By definition they’re partisan. […] If people can’t think clearly about anything that has become part of their identity, then all other things being equal, the best plan is to let as few things into your identity as possible.

Graham concluded, “The more labels you have for yourself, the dumber they make you.”

What I like most about Graham’s framing is that it puts you in charge of your identity. Your identity isn’t something that happens to you, imposed by the rest of the world, but something that wells up out of you and is displayed to the world. It’s your job to filter and shape it.

My friend Way Spurr-Chen wrote wrote a lovely, encouraging essay two years ago about the process of identity self-management:

If you think about integrating a new sense of self as simply moving from one place towards another place, it seems less daunting. You can always go back to where you were before (and I don’t know about you, but I reverse my improvements all the time). Instead of being a daunting undertaking, you can turn your identity goals into a sort of play. Why not explore (metaphorically and literally) different parts of your potential? Why not see how you regard yourself when you have certain identity traits?

Circling back to labels: They have a tendency to stay stuck. You might end up adding spoons to your fork drawer but never switching out the label for a new one that says “silverware.” And then guests get confused looking for spoons.

Is it necessary to label yourself? Probably not, if you’re the sort of person who can mentally avoid it. (I’m not.) Other people will continue categorizing you regardless — there’s no escaping that. I suppose thoughtful, self-applied labels can be a kind of defensive maneuver.