This blog post is very similar to the newsletter I just sent out. If you subscribe, no need to read the paragraphs below. If you don’t subscribe, perhaps start now? 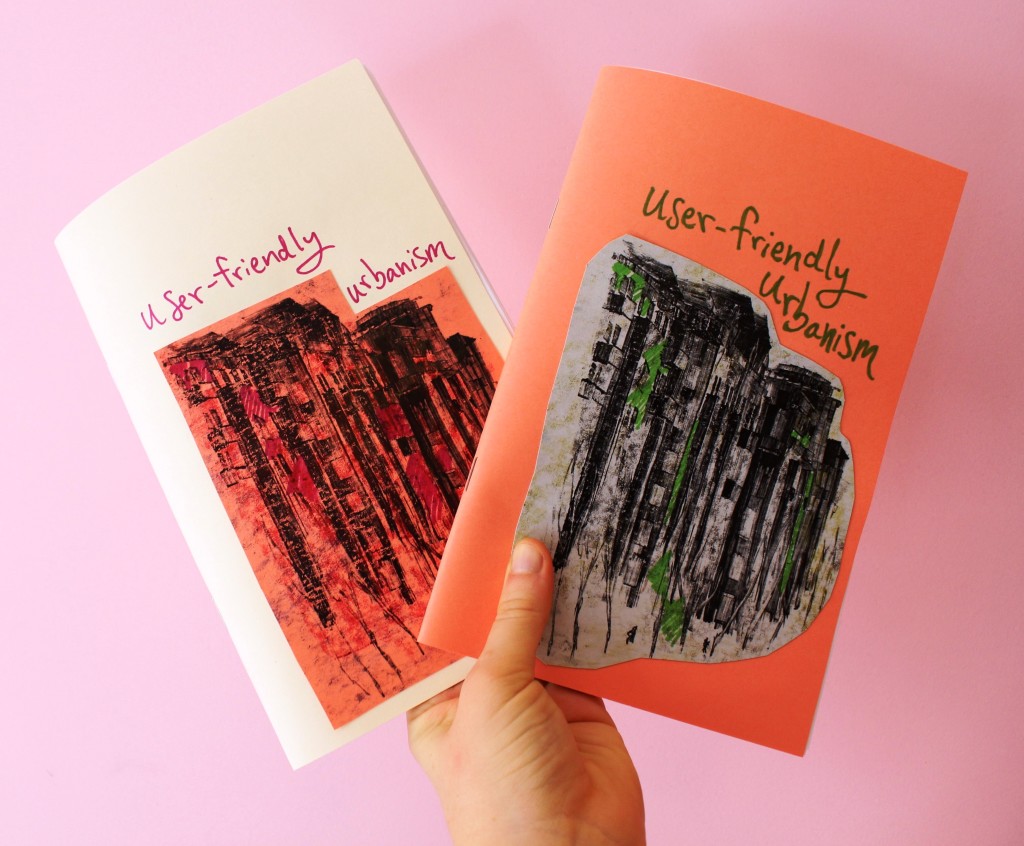 Cities are struggling to satisfy their residents. The officials, elected or not, scramble to make good on their promises. Rents keep rising while incomes stagnate. At times the metropolis plays host to socioeconomic conflicts that feel apocalyptic.

In this atmosphere, urbanists should borrow a term from tech, and consider how to create a user-friendly city. Such a city is not only walkable and smogless. Macro conditions matter as well. User-friendly cities are shaped by policies that nurture the residents and local businesses. Broadly, user-friendly urbanism prioritizes human beings rather than the dead matter of the built environment they occupy.

I commissioned three awesome writers, one of whom you might be familiar with from Balm Digest, and interviewed two others. I also wrote several essays personally, about economics and angst (it wouldn’t be me without the angst). The end product is 38 pages; 5.5″ x 8.5″. It costs $7.50 and shipping is free in the United States. Recommended for those who have feelings about gentrification! Especially if you live somewhere with a crazy housing market like New York City or San Francisco.

There’s a cheaper ebook if you’re into that. Reviews would be much appreciated!

This zine is part of Tradeoffs Press, the small press and prospective zine distro that I started earlier this month. (Will it work out? Who knows. But I paid $12 for a custom URL, so you know I’m serious.) It’d be awesome if you liked the Facebook page so I can pop up in your feed like, “Hey! I bet you haven’t bought a zine today!”

Sorry to ask you for so many things! Feel free to ask me for favors right back! I can’t guarantee that I’ll say yes, but it’s worth a shot, right?

I love cities, but I don’t want to live in one. Every time I visit San Francisco it smells more like piss, you know? For me, home is a mid-size town, a suburb on a hill. But of course I’m grateful to be able to access urban cultural nodes, to watch live theater and buy pricey drinks, to browse bookstores and pretend the panhandlers aren’t talking to me. Momentary immersion is exciting. High-profile cities are glamorous despite all the grime — the word “cosmopolitan” accrued its connotations honestly.

City women are easy for me to idolize. Do people find the opposite of their own attributes attractive, or is that just me? I’m drawn to sophistication, to convincingly affected indifference. What’s more enchanting than the ability to stroll past mounds of trash without paying attention?

Yes, realistically, my two-dimensional idea of a city woman doesn’t exist, but let’s roll with it.

I think of Mrs Coulter from Philip Pullman’s His Dark Materials trilogy. Vaguely evil under the tight dress and well-cut wool coat. (In Mrs Coulter’s case, extremely evil.) A tool of power who nevertheless wields it, a woman among men who relishes her feminine influence because the alternative is recognizing their masculine advantage.

I realized while writing this that all of my notions about femininity are particular facets of an inferiority complex dressed up by certain aesthetics. The observation is not new. Besides, I have the same reaction to, like, indie music. I’m such a born hipster but I feel mad defensive about it. (A reaction that became classically hipster immediately after the phenomenon achieved meme status.)

I am continually trying to parse femininity, to practice ladyhood, and stumbling on contradictions. Being human is weird. (QED.)